2. OBJECTS
The objects of the Group are to further within its territory (see the succeeding clause) the objects of the Association in such ways as the Area Council may from time to time decide and subject to the overriding control of the Board of Trustees.

3. TERRITORY
The Group shall function in the county of Berkshire or such other territory as may be agreed with the Area Council from time to time.

4. MEMBERSHIP
Membership of the Group shall consist of all such individual members of the Area as are allocated to the Group by the Board of Trustees in accordance with the Association’s Articles of Association and Standing Orders.

6. COMMITTEE
(i) Subject to the directions of any Group Annual or Special General Meeting as to the exercise of its powers, the management and control of the Group shall be vested in a Committee.

(ii) The Committee of the Group shall consist of the Honorary Officers and as many members of the Group as the Annual Meeting shall from time to time decide, subject to a minimum overall membership of four.

(iii) The Honorary Officers of the Group shall be a Chairman, a Treasurer, a Secretary and such other officers as the Group in General Meeting may determine.

(iv) All Committee members including the Honorary Officers shall retire at the Annual General Meeting following their election but shall be eligible for re-election.

(v) The Committee shall decide where and when it shall meet.

(vi) Four members including at least one of the Honorary Officers shall form a quorum.

(vii) The Committee shall have power to co-opt up to three additional members.

(viii) The Committee shall have power to fill vacancies.

(ix) The Committee shall report regularly to the Area Council.

(x) The Committee shall have power to appoint sub-committees and to determine their powers and terms of reference.

(xi) Sub-committees shall submit regular reports to the Committee.

(xii) The Committee shall have power to co-opt up to five additional members to a sub-committee who may or may not be members of the Committee.

(xiii)All Honorary Officers shall be entitled to attend the meetings of any sub-committee.

(xiv) A special meeting of the Committee shall be called by the Secretary as soon as may be on the request of the Chairman or of not less than three members of the Committee.

7. RESIGNATION OR RETIREMENT
Any member of a Committee or Sub-committee shall vacate their office if:

(i) they give notice of their intention to resign and their resignation is accepted.

(ii) they fail to attend three consecutive meetings of the Committee or Sub-committee as may be convened unless the failure to attend was due to some reason approved by the Committee.

8. GENERAL MEETINGS
(i) Not less than fourteen days’ notice of any General Meeting shall be given in writing to each member of the Group.

(ii) All members of the Group are entitled to attend any General Meeting.

9. ANNUAL GENERAL MEETING
A General Meeting of the Group shall be held annually in the first quarter of the financial year specified in the Association’s Standing Orders to:

(i) consider the Annual Report of the Committee.

(ii) consider the Group income and expenditure accounts for the preceding Association financial year, a balance sheet showing the assets and liabilities at the end of that year and the independent examiner’s certificate

(iii) elect the Committee including the Honorary Officers.

(iv) appoint representatives to the governing body of the Area.

(vi) discuss and consider motions, notice of which shall have been given in writing to the Secretary at least 48 hours prior to the meeting. The Chairman shall have the discretion to accept motions with less notice.

(vii) vote on any proposals to amend this constitution in accordance with clause 14 hereof.

10. SPECIAL GENERAL MEETINGS
(i) A Special General Meeting may be called by the Group Chairman or Secretary at any time.

(ii) The Secretary will call a Special General Meeting at the request of a majority of the Committee or upon receiving a request to do so signed by not less than one twentieth of the members of the Group with a minimum of ten members, and giving reasons for the request.

(iii) A Special General Meeting will take place within 21 days of receiving a request.

(iv) The notice of a Special General Meeting shall contain notice of the matters to be discussed and the terms of any motions which it is intended to move.

(v) The only motions to be considered at a Special General Meeting will be those specified in the notice of the meeting, amendments to those motions and procedural motions.

(vi) A Special General Meeting will discuss and consider the matters specified in the notice of the meeting and vote on any motions properly proposed and seconded.

11. PROCEDURE AT ALL MEETINGS
(i) All questions arising at any meeting, excepting those concerning alterations to the

Constitution, shall be decided by a majority of those present and voting at such meeting. No member shall exercise more than one vote, except that in the case of an equality of votes the Chairman shall have a second or casting vote.

(ii) The appropriate Secretary shall keep minutes comprising a record of the proceedings of all General Meetings, Committee and Sub-Committee meetings.

12. FINANCE
(i) All monies raised by and on behalf of the Group including any funding received from the Area shall be applied in furtherance of the objects of the Association.

(ii) The Honorary Treasurer shall keep proper financial records and shall report regularly to the Committee. If required by the Area, they shall be responsible for the preparation of the annual budget for the Group and its submission to the Area Treasurer for approval. They shall also be responsible for the preparation annually of Group income and expenditure accounts for the preceding Association financial year, a balance sheet showing the assets and liabilities at the end of that year, and for their submission to the Group’s independent examiner.

(iii) All accounts in the name of the Group shall be opened at such Bank as the Board of Trustees may approve. All monies received shall be paid into the Bank and all payments, other than petty cash payments, shall be made by cheque or appropriate form of electronic transmission subject to appropriate controls. Cheques shall be signed by the Honorary Treasurer and/or other officers as decided by the Group Committee. To enable petty cash expenses to be paid, an advance shall be made to the Honorary Treasurer when necessary.

(iv) The report of the independent examiner(s) shall be addressed to the members of the Group and to the Area Treasurer.

13. DISSOLUTION
If, in the event of the dissolution of the Group, confirmed by a majority of those present and voting at a General Meeting of the Group, there remains after the satisfaction of its debts and liabilities any property whatever, it shall be transferred to the Area.

14. ALTERATIONS TO THE CONSTITUTION
(i) Any alteration to this Constitution must be consistent with the Association’s Articles of Association and Standing Orders and must receive the approval of the Area Council prior to the meeting at which the amendment is to be voted upon.

not less than twenty-eight days before the meeting of the Group at which it is to be discussed.

(iii) Not less than fourteen days’ notice of this meeting, giving the terms of the proposed alteration, shall be given to the members of the Group.

(iv) An alteration requires the approval of a two-thirds majority of members present  a voting at the meeting.

15. NOTICE
The accidental omission to give notice of a meeting or the non-receipt of a notice of meeting by any member shall not invalidate any proceedings or resolutions at any meeting of the Group or any committee. 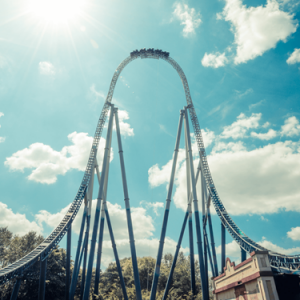 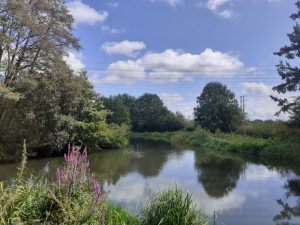 Starting from Reading train station, this 10 mile linear walk follows the Kennet and Avon canal to Aldermaston, with an optional alcoholic or non-alcoholic drink and/or ice cream at Aldermaston Tea Rooms Walk details Starting from Reading train station, we END_OF_DOCUMENT_TOKEN_TO_BE_REPLACED
Sep
22
Wed
2021
7:30 pm BW Culinary World Tour – Italy @ Zero Degrees
BW Culinary World Tour – Italy @ Zero Degrees
Sep 22 @ 7:30 pm
Introducing a brand new exciting addition to the BW social programme, a series of mid-month restaurant socials that will take us around the world in terms of various cuisines! Into your Greek souvlaki, fancy a bit of Thai spice or END_OF_DOCUMENT_TOKEN_TO_BE_REPLACED
Sep
30
Thu
2021
7:00 pm Pub social – September! @ The Last Crumb
Pub social – September! @ The Last Crumb
Sep 30 @ 7:00 pm
Now that Covid restrictions are ending, we are starting up a BW monthly pub social! We will meet at a different pub in (or near) Berkshire on the last Thursday of each month. Join us anytime for 7pm, for food END_OF_DOCUMENT_TOKEN_TO_BE_REPLACED
Oct
2
Sat
2021
10:30 am Time to Take the Test, 12 miles,... @ George & Dragon Pub
Time to Take the Test, 12 miles,... @ George & Dragon Pub
Oct 2 @ 10:30 am
This fairly long quite strenuous trek tackles a lovely part of North Hampshire that has been rarely visited by our group in recent years. Walk details We head in an easterly direction from the George and Dragon pub hitting the END_OF_DOCUMENT_TOKEN_TO_BE_REPLACED
Oct
9
Sat
2021
all-day Winchester Circular, 11.5 miles,...
Winchester Circular, 11.5 miles,...
Oct 9 all-day
Tom H will be leading a circular walk from Winchester station today.  Details TBC.
Oct
14
Thu
2021
all-day A long weekend in the Shropshire... @ YHA All Stretton Bunkhouse
A long weekend in the Shropshire... @ YHA All Stretton Bunkhouse
Oct 14 – Oct 17 all-day
Whether you’ve been on a number of BW trips away before lockdown and have been longing for another, or have joined us more recently and are looking forward to going on your first trip away with the group… we are END_OF_DOCUMENT_TOKEN_TO_BE_REPLACED
Oct
19
Tue
2021
7:30 pm BW Committee Meeting
BW Committee Meeting
Oct 19 @ 7:30 pm – 9:30 pm
Behind the scenes of the Berkshire Walkers are a committee who, along with our walk leaders and other volunteers, make sure that the group keeps running smoothly. In the interest of transparency and inclusion, any member of the group is END_OF_DOCUMENT_TOKEN_TO_BE_REPLACED
Oct
23
Sat
2021
all-day Aldermaston Circular, 7-10 miles...
Aldermaston Circular, 7-10 miles...
Oct 23 all-day
Emerson will be leading a walk from Aldermaston station today.  Details TBC.
View Calendar
Add