Our latest expedition with the Berkshire Walkers came a day after our Christmas Ceilidh celebrations. Although not much drinking was necessarily done the night before, the issues we had was whether our limbs would be in full working order after a nights barn dancing. The answer was that thirteen of us turned out for the walk of which ten of us had indeed fully (ish) recovered from the previous night’s excitement.

The morning did not start too well as some delays on the trains had a knock on effect on our departure from Reading meaning we were ten minutes late or so at the meet point at Newbury station. Warning of our delay was forwarded to our walk leader today, our cheerful and newly elected Membership Secretary, Naomi. Naomi likes to make it known she likes wearing pink and loves penguins. We saw the pink today but not the penguins. However the penguin jumper was worn the previous evening!

Once we had gathered outside Newbury station we headed off through the town centre. We stopped briefly for one person to buy some lunch but with out too much delay we headed out along the Kennet and Avon canal. The initial stretch repeated what we did back in September, picking up the Lamborn Valley Way but where that walk took us towards Speen and Bagnor this time we were heading further west. I must admit there were several bits today that I hadn’t traversed before so I was especially pleased to have made the walk. Naturally throughout the early stages much of the conversation centred on the previous nights celebrations. It was a struggle for me to try and remember who I partnered up with during the evening I have to say as I managed to dance with a different partner each time.

We soon had the make our way under the busy A34, a major road artery of England. Thankfully there was a suitable underpass which made navigation trouble-free for us. Striding on, we did have a slightly hairy bit of footpath that ran alongside the A4, another industrious road which connects Central London in the east to Avonmouth in the west. We took care in single file and before long ensuring our safety was never compromised we crossed to over to the welcome sanctuary of the woodland to the west of Benham Park.

A few of our tummies were starting to grumble at this point so as soon as we left the woods behind us and entered open countryside there was no hesitation in settling down what was to become lunch stop number one. The views here were dazzling, aided by the autumnal sun that was beating down. For me, when it is sunny November is possibly one of the most rewarding times of the year to be out walking and we certainly were not disappointed today.

Our brief stop completed, we descended down through Benham Stud and then the hamlet of Marsh Benham classified as being within the civil parish of Speen. Before long we stopped at the peaceful Hamstead Lock for lunch stop number two. Having two lunch stops can be a good choice for any would be walk leader especially if you are spoilt for choice for where to pause to eat (as in this instance) or if a walk is off a high mileage maybe.

Snacks eaten our walk leader took us through a stretch of a walk that we had done a year or so earlier, the beautiful Hamstead Park. On that occasion we had arrived at this point from the starting point of Kintbury. A previous blog of mine will tell you on that walk one of the members in our group had rescued an upside down sheep, if she hadn’t done the sheep would have suffocated. Whilst that walk took us west, we carried on here pausing briefly at a stone which had been laid as a tribute to 501st Parachute Infantry Regiment; they had set up camp here in June 1944 in preparation for the D-Day Landings at Normandy.

As we continued on it was noted that at this fairly exposed spot one or two of the trees had taken a battering by the weather gods over the years. As we arrived at Enborne, another quick stop was had as we had a peek inside the 12th century parish church. Okay, it is 12th century in origin. A few of us donated a few coins before we continued on with our walk to its conclusion.

The final stretch took us through some more rolling countryside with care being taking to avoid treading in various animal deposits along the way. Before long we approached Newbury with the walk leader wrapping up proceedings near the railway station where the day’s adventure began several hours earlier. A few people left us, while the others stayed on for a couple of drinks in two different hostelries making sure we could make the 4.30pm departure back home. 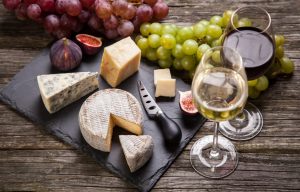