The weekend of the 14–17th October saw the eagerly anticipated BW trip to the Shropshire Hills. This was our first trip in almost two years, after the trips scheduled last year were unfortunately cancelled due to Covid.

A total of 16 walkers took part in the trip with many of us not knowing each other beforehand so this was a great opportunity to meet new people. We had exclusive use of the All Stretton Bunkhouse youth hostel for the weekend, with other members split between the local pub, an Airbnb, and a caravan (top secret location not disclosed).

After travelling up to Shropshire on the Thursday afternoon those of us staying in the hostel were treated to a choice between chicken curry (plus all the trimmings) or a vegetable tagine, all cooked by members of the group. Originally the plan was for a starlight walk, as the area is well known for its dark skies. However, unfortunately the sky was pretty overcast so instead we decamped to the local pub, where we met up with the rest of the group to enjoy a glass (or two) of the local ales.

Each day on the trip there was an option of both a longer and a shorter walk. All of the walks started with the same route, so that the group could do the first half together before splitting up. Fridays walk took us around the Stiperstones which is a hill with a distinctive rocky ridge. The terrain underfoot was somewhat varied from exposed and rocky to boggy and slippery and Zak surprised us with a nice steep hill at the end. That night’s feast at the hostel consisted of a choice of chilli con carne or spaghetti bolognese. Whiskey appeared to be the order of the day at the pub, and a few of us had a nice chat with the locals!

The walk on the Saturday was the longest of the weekend (12.75 miles), so it was safe to say that some of us were definitely feeling a little apprehensive. We needn’t have been though. The walk turned out to be a great mix of picturesque streams, lots of sheep and fantastic views. We even had time to fit in a quick pub stop before finishing up with another big hill (has anyone worked out the theme yet?). We then returned to the hostel where it was a race to get all 10 of us through the shower. After frequenting the local pub for the last two nights we thought it was only right that we should sample the food on offer as well. It was safe to say that we had all worked up an appetite and the excellent food was soon demolished.

On the last day we woke up to the sound of rain (so far we’d been really lucky with the weather) so made the decision to push back the start of the walk and all do the shorter route. Although the walk that day was only 4.5 miles it had a very BIG hill! The walk up Caer Caradoc was the hardest of the weekend, but the view from the top was certainly worth it. The weather did turn slightly whilst up there, however the light rain shower meant that we witnessed an incredible rainbow that I’m sure none of us will ever forget. Walking back down was much easier and it was soon time for us all to return to Reading, achy but having had an enjoyable weekend.

Thanks Zak for organising a fantastic weekend away. We’re all now really looking forward to the next trip away. Suggestions anyone? 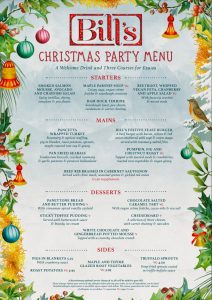 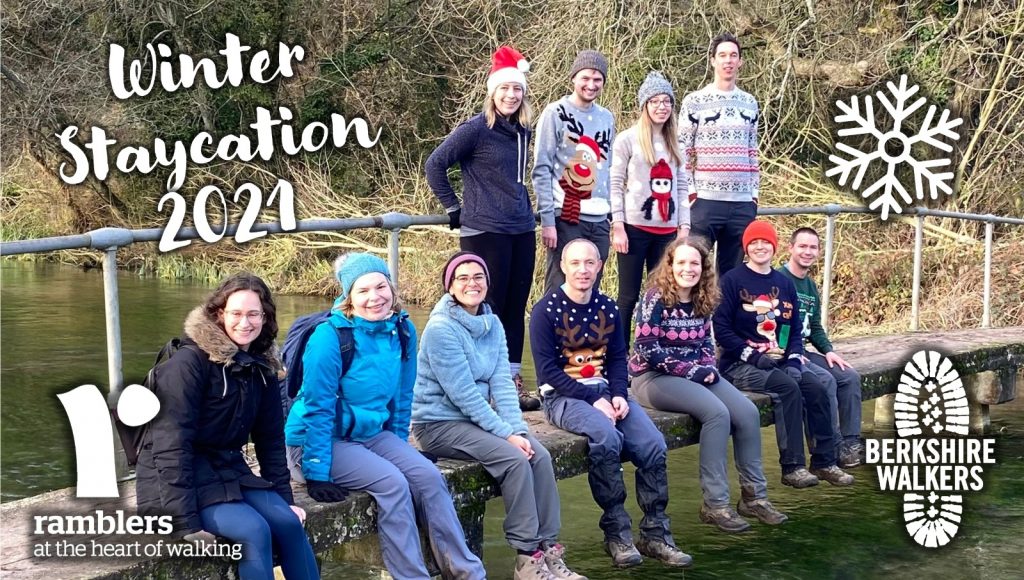 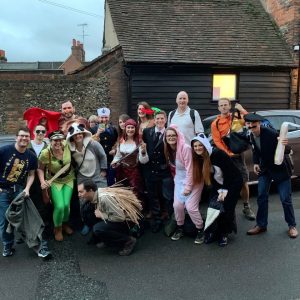 Back for its third instalment and keen to make up for its absence last year on the BW calendar, the FESTIVE FANCY DRESS PUB CRAWL IS BACK!! Come and help us continue the fun of Christmas Month with a fancy-dress END_OF_DOCUMENT_TOKEN_TO_BE_REPLACED
Dec
30
Thu
2021
7:00 pm Pub Social – December @ Pub TBC, Oxford
Pub Social – December @ Pub TBC, Oxford
Dec 30 @ 7:00 pm
There will be an Oxford pub social this evening – more details to be confirmed.
Jan
15
Sat
2022
all-day London walks tbc @ London
London walks tbc @ London
Jan 15 all-day
Sophie will be leading a pair of walks in London today (one in the morning, and one in the afternoon), of which you can either join one or both. More details to follow.
View Calendar
Add