For one or two long time members in the group, much of the walking routes in our immediate vicinity have been well covered over the years. However, that does not mean that we can not come up with something new, or a least a twist on a previous led walk. I decided to revisit my Hungerford walk from eighteen months ago. In doing so, I decided to extend it a little to start at the previous railway station on the line at Kintbury so that we could include a stretch along the canal and increase mileage to ten miles.

Weeks earlier, we had agreed to exchange walks with our sister group, the Berkshire Weekend Walkers and with them having done “their bit” a few weeks earlier it was our turn to invite them along. Unfortunately despite the fine weather we only had a couple from their group join us. However, with twenty of us from our group it did not matter and indeed if we had too many more it would make leading the walk bit trickier.

As in effect the hike today was a linear walk the majority of people took the rail option while another couple decided to leave their cars at the end point in Hungerford and train it to where we were gathered at the start at Kintbury. We headed off for a good couple of miles alongside the peaceful Kennet and Avon canal. In all my years with the group it was a stretch I had never done previously but with the lovely autumnal sun in the sky it was rather pleasant. We passed a couple of locks along the way, the second of whom we had a convenient pause to stop and observe the two minutes silence with time heading towards 11 o’clock on Remembrance Sunday.

As we approached the end of the canal stretch we were greeted with a many Anglers in our way spread out at regular 15 metre intervals or so. They were generous and ensured they pulled their rods out of the way to let us through. We thought there had to be a competition of some sort. We left the path and followed a short tarmac road before heading back over soft ground over Hungerford common. It was here we picked up the route that I had did some eighteen months ago. Passing through hamlets/farmsteads at Cold Harbour and Anvilles we had then stretched into the rural countryside of south west Berkshire with  some lovely views of wood and farmland to envelop us. Following short muddy bit through some woods we stopped briefly as we thought we found a suitable spot for our lunch. However, as the nice spot had been home to some cows recently for whom had left their mark in the territory we headed on to a more favourable spot next to an unmarked obelisk.

Lunches completed we sauntered on through more woodland passing one or two tricky stiles and out through Kiln Copse and paused briefly as we had to cross over the busy A338, a major primary route which ultimately links Poole in Dorset with Besselsleigh in Oxfordshire. Turning to our left we could see the Wiltshire sign in front of us so we were traversing the county boundaries briefly.

At this stage I was beginning to assess the options and think whether we would be able to make the planned return train. In these parts the service is every two hours. As we got to Standon Manor with maybe 2.5 miles still to go I advised the group that it would not be possible so we had to be prepared for longer time for refreshments in Hungerford at the end.

The final stretch of the walk took us past some inquisitive cows and pigs, a rather large pile of leaves which one person had fun running about in amid absolutely gorgeous mid to late afternoon sun. Seriously, being out walking around 3-4pm at this time of year when it is sunny is rather delightful to say the least.

We took care crossing the railway line before completed the route along back along another stretch of the Kennet and Avon Canal, which in total is an 87 mile stretch of navigable waterway. Arrival in Hungerford meant decisions had to be made. No problem for one lady who lived in Hungerford but those who were relying on the train had 90 minutes to wait. A few went to a nearby teashop while the majority marched on to the pub where opportunities for a second beverage where inevitability seized upon by most of us. 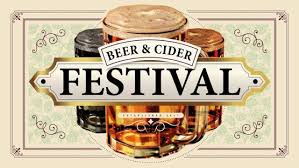 Want to enjoy the equivalent of a drinking festival within your own home?  Then this social is just for you!  Given that at present we can’t go to where the beer/cider is as is the case with a normal festival, END_OF_DOCUMENT_TOKEN_TO_BE_REPLACED
Jul
1
Wed
2020
all-day Coronavirus and Walks/Socials
Coronavirus and Walks/Socials
Jul 1 all-day
In light of the Government’s announcement to minimise social contact, and following guidance from Ramblers Head Office, we regret to say that no walks or socials will take place until after 30th June at the earliest.  We will of course END_OF_DOCUMENT_TOKEN_TO_BE_REPLACED
Sep
6
Sun
2020
all-day Bunkfest
Bunkfest
Sep 6 all-day
After last year’s successful walk/social in Wallingford to visit Bunkfest, Tom will be returning there again this year.  Details TBC.
Nov
7
Sat
2020
10:30 am Berkshire Area AGM 2020 @ Seeby Hall, St.Michael’s Pastoral Centre
Berkshire Area AGM 2020 @ Seeby Hall, St.Michael’s Pastoral Centre
Nov 7 @ 10:30 am
There are nine separate Ramblers groups in Berkshire, of which we are only one. The South East Berkshire group will be hosting the 2020 Area AGM on Saturday 7th November, at St Michael’s Pastoral Centre in Sandhurst (just over half END_OF_DOCUMENT_TOKEN_TO_BE_REPLACED
View Calendar
Add