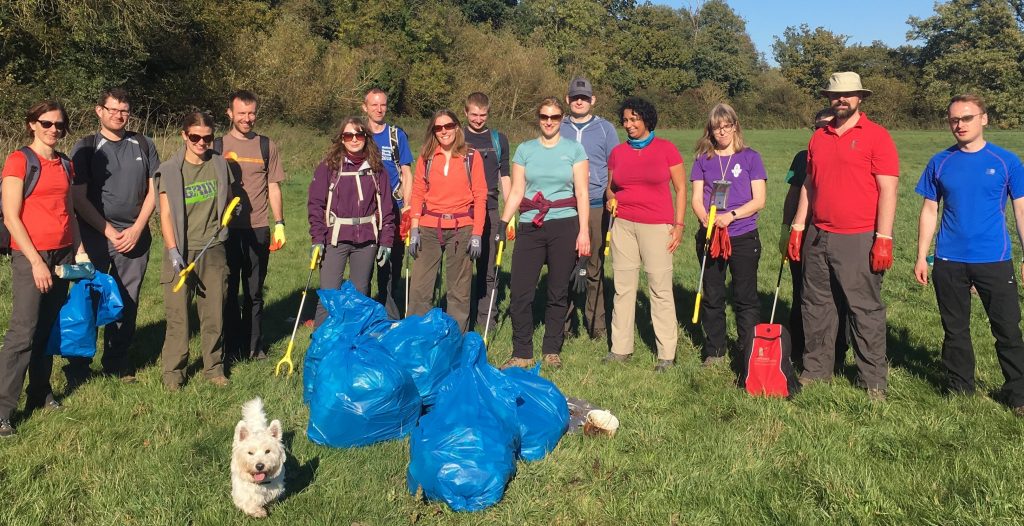 On Sunday 21st October 2018 I had organised the Berkshire Walkers first litter pick walk.  I wasn’t sure how many people to expect as this isn’t one of our usual walks but I was pleasantly surprised to have 16 lovely people attend.

After issuing litter pickers, gloves and big blue litter bags to the keen walkers, we started off on our 5 mile walk around Theale.  With the beautiful autumn sun shining on us we weren’t sure what we would find ahead of us.

Our competitive streaks were starting to show as soon as we started, people were dashing off in different directions looking for anything that had been discarded by thoughtless individuals.

Shortly after leaving the train station we came across our first haul of discarded litter.  We could have spent ages here picking all this discarded rubbish but had to admit defeat and continue otherwise we would have filled up all our bags!

As we meandered our way through the streets of Theale picking up litter which had been discarded at the roadside or under hedges.  We were starting to realise the scale of the problem we had ahead of us.  We were less than a mile from the start and we had picked up the equivalent to 2 big blue bags of rubbish. 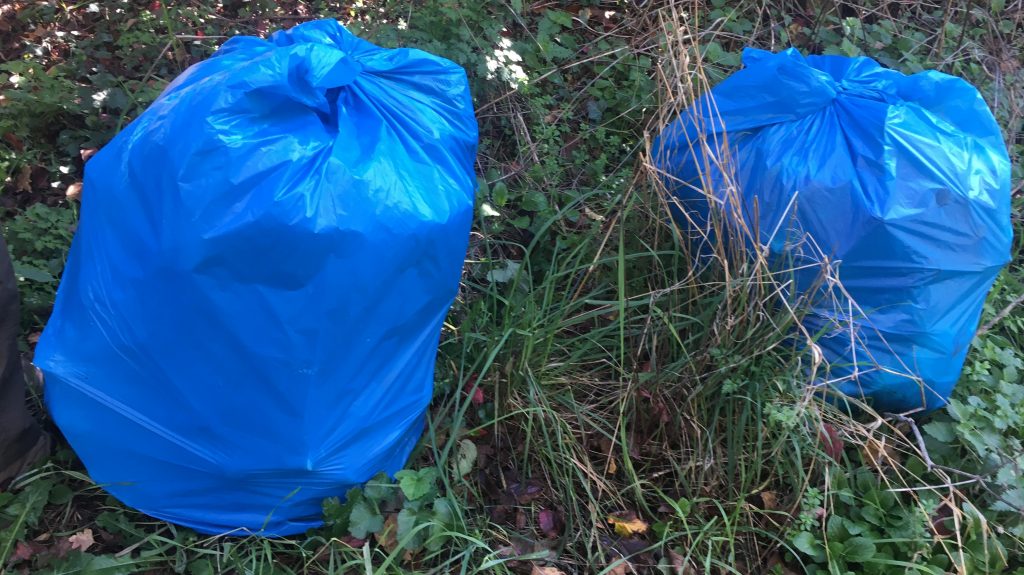 We were picking up the usual rubbish like empty drinks cans, discarded food packaging, cigarette butts and even household items.  There was even a discarded shower cap (how did this become discarded beside the road!).

When we stopped for lunch in a field beside the M4 the main topic of conservation was to do with the quantity and variety of rubbish we had already collected.  Bearing in mind we had already left 2 full bags of rubbish by the roadside for me collect with my car.  We then left another 6 bags in a strategic place for me to collect after the walk.

We are only half way round on this walk by now!  This scale of the litter problem was starting to become apparent now.  Some parts of the walk we didn’t find any litter which was quite relieving to see but this wasn’t until we were further from Theale and deeper into the West Berkshire countryside.

As we started to approach civilisation again the litter started to appear along the sides of the paths.  We were coming across the usual discarded items which could easily be recycled or put into a bin!  Why don’t people just take this rubbish home with them!!!

Once we reached our final destination (a pub in Theale – we do like to refresh ourselves at a local pub).  We were all shocked at the quantity of litter we had collected; by now it was 11 bags of rubbish.

Everyone was commenting at how much a success our first litter pick walk was.  I think I’m unanimous in saying that we will be doing this again in the future!  Our efforts across our 5 mile route around Theale have now made this small part of West Berkshire a little bit clearer of litter!

My thanks goes out to everyone who attended this unusual walk to make this the success it was! 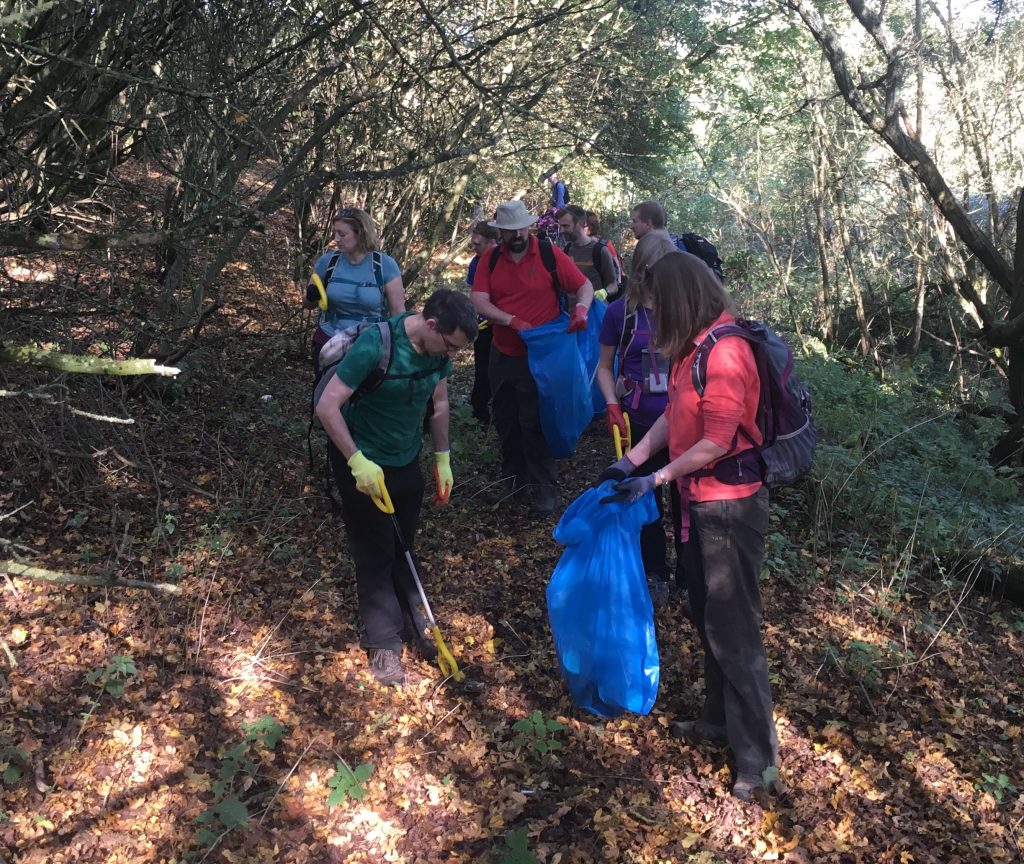